For the Love of reading. – Using story props with children. 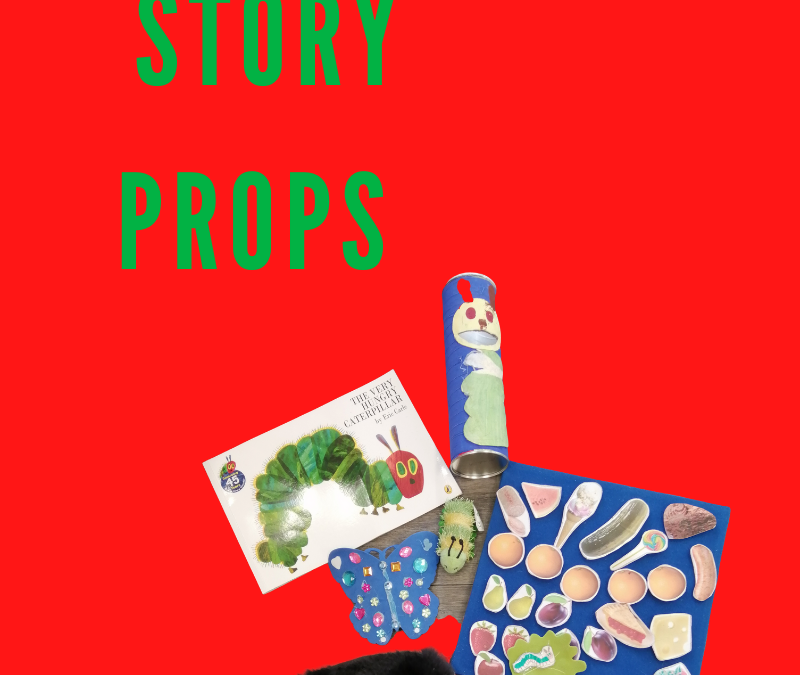 During my time working in various childcare settings part of the role as a practitioner was to read to the children.

One on one was great as I found that the children that loved books would come and sit and enjoy a story with you in the book corner. But trying to manage a group of 20 two year olds was a compleatly different story!

I would begin to read, before I had even got to the second page I was having to pause the story because a little one (lets call her Elizabeth) had started to play with the toys that were on the shelf beside her, and was about to empty the entire contents of the duplo box onto the floor. I would then start again and half way through the page – (lets call this one Benjamin) would be jamming away on percussion sticks like the drum soloist “In the Air tonight by Phill Collins” preventing the others from hearing me. Then I was stopping the story once again, this time to separate little Jonny and Matilda from beating lumps out of one another.

Story time was stressful and I tried to avoid it at all costs. Then one day in the staff room I got talking to my work collegue Sharron about circle time and that I hated it if it involved reading to the children. She said “Have you tried using a story sack to keep their attention?”

Sharron explained that a story sack was a bag containing a story along with different props that related to the story. It could be anything from puppets, pictures, toys, anything really that could help to tell the story. Rather than just sitting and reading the book you pulled various items out of the bag and got the children to take part in the story with you.

It got me thinking. I thought this could actually work!

Collecting Items for the story.

My first story sack was the 3 billy goats gruff.

I asked Jonny and Matilda to take out the Billy Goats and to keep them very still until it was their turn in the story.

I asked Elizabeth to take out the the troll and to hide him under the duplo bridge until the goats came past.

Then I asked (you guessed it) Benjamin to take out the percussion sticks and to tap them, but only when the goats came walking over the bridge.

I then began to read the story. This time only stopping to encourage Jonny and Matilda to walk the goats over the bridge or to get Elizabeth to use the angry troll to jump out from under bridge, then stopping once again so Benjamin could jam his was through “Who’s that Trip trapping over my bridge”

I couldnt believe it. All 20 children were sat engaged for the whole length of time of the story. No fiddling with items off the shelf, no band practice and best of all no fighting. AMAZING!!

When I moved back to Wales I attended an interview for a family centre, part of the interview process was to carry out an activity of my choice with the children. I chose to tell a story, something I never would have done a few years previous. But this time I was armed with my bag full of story props.

Below is the story props that I used during the activity to tell the story of The Hungry Caterpillar. I am pleased to tell you that I was succsessfull in getting the job as play leader for the centre. The feedback I got, was that they were amazed how I managed to keep the children engaged for the length of time.

Why not give it a go yourself. You can use what you have about the house. Better still why not get your little one to help make the props. Or why not come and play at a Dre Twt role play session where you can act out a story for yourself.

To book a session click on the bookings tab.

The hungry caterpillar likes to shop at Twtsco and is partial to popping into Caffi Rhys when he is STILL HUNGRY!

Any cookies that may not be particularly necessary for the website to function and is used specifically to collect user personal data via analytics, ads, other embedded contents are termed as non-necessary cookies. It is mandatory to procure user consent prior to running these cookies on your website.